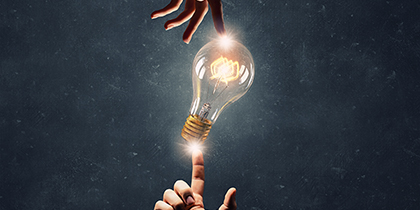 Among the movies now showing in cinemas around the world is Going in Style starring Morgan Freeman and Michael Caine. Along with another lifelong friend they team up for a special project: robbing a bank that stole their pensions. We couldn’t help noticing a similarity between Freeman & Friends and a partnership Vivenics recently entered into with an ‘old acquaintance’, except that our intentions are a lot less bold.

Being a relatively small player, Vivenics has been looking to create synergy effects through partnerships right from its inception. For example, we have been representing IDBS since 2013. The UK-based company is a global R&D software provider to securely capture, manage, share and exploit structured and unstructured data. Vivenics acts as consultants for IDBS solutions in the Benelux, with a special focus on electronic lab journals. Both IDBS and users in lab environments benefit from our background in R&D at former Organon. Speaking the same language as lab analysts allows us to carry out information analyses and establish software requirements more effectively. As IDBS solutions are mainly affordable to larger companies, Vivenics was looking for a partner with a focus on SMEs. This is where Corné Nous of Nous Labautomation Support enters the picture.

Corné is a former colleague of Petrik Cuijpers who has experience in the development labs of Organon/MSD too. He was in fact closely involved in the inception of Vivenics at the starting phase of Pivot Park that accommodates a range of life sciences organizations in the Dutch town of Oss. Petrik continued with Vivenics while Corné accepted a job within MSD where he served as intermediate between IT suppliers and MSD labs advising the latter on what specific software to use. Recently, Corné decided to start his own independent IT consultancy company with a special focus on R&D SMEs providing them with affordable IT solutions. Joining forces with Vivenics has already resulted in a very promising commercial lead that might soon materialize. In case of a negative outcome they can still decide to rob a bank after all…