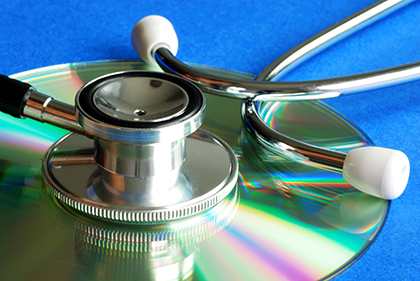 We think it’s fair to say that integrity is an undisputed virtue in human relationships. Few of us feel comfortable around people who are dishonest and/or unreliable. This is particularly true in relationships with people that mean the world to us. Call them ‘mission-critical’ relationships if you will. Except for honesty, which is a typically human characteristic, mission-critical data in turn demand similar qualities. So when can data be regarded as 100% reliable?

Maybe good old Wikipedia can help us out here. According to the online encyclopedia, data integrity is ‘the maintenance of, and the assurance of the accuracy and consistency of, data over its entire life-cycle. Any unintended changes to data as the result of a storage, retrieval or processing operation, including malicious intent, unexpected hardware failure, and human error, is failure of data integrity. In short, data integrity aims to prevent unintentional changes to information. In our line of business, we make a distinction between physical and logical integrity. Before the information revolution, paper documents were drawn up and endorsed with a signature, preferably in blue ink in view of subsequent copying of the underlying document. In a way, handwritten documents were generally less prone to error or fraud compared to digital documents.

As to archiving, however, factors such as humidity and the direct presence of coffee and other substances constitute dangers as to the readability. With digital storage, similar dangers lurk including demagnetization. In fact, these vulnerabilities show a remarkable resemblance with the HACCP concept (Hazard analysis and critical control points) in the food industry. Logical integrity is a lot more abstract and therefore more complicated. Here, the accuracy of data is interpreted in the light of their context. For instance, in determining whether an object of a hundred kilos should be considered heavy or not depends on whether we are dealing with a mouse, a dog or a whale.

Obviously, such considerations are extremely relevant with regard to health and pharmaceutical claims. All relevant data used to substantiate evidence then have to be verifiable by authorities such as the FDA and the EMA. To do so, the so-called ALCOA framework was developed which contains five elementary principles to live by. As ALCOA can be seen as the industry’s DNA, we will elaborate on it in the upcoming blogs.